The establishment of PMIC a private sector investment finance company was identified as one of the key milestones in the National Financial Inclusion Strategy (NFIS) launched by the finance minister in May 2015.

The finance minister said that it was the goal of the government to meet the needs and aspirations of the poor and marginalised and disadvantaged households.

The National Financial Inclusion Strategy (NFIS) is targeted towards helping the poor segments of the society through financial inclusion, he said.

Dar said that it was a momentous occasion when a new entity is being established to spur the microfinance sector in Pakistan to the next level of growth.

The objective of the company is to provide the much-needed liquidity to microfinance providers serving the poor and micro and small enterprises in Pakistan and it is estimated that PMIC financing could create nearly 300,000 new job opportunities every year.

PPAF CEO Qazi Azmat Isa said this was a watershed moment for the microfinance sector, as the PMIC will build upon the foundations PPAF laid 15 years ago by providing responsible financial services to the millions of poor and financially excluded individuals of Pakistan.

The new company is expected to commence operations by July 1 after completing regulatory requirements and 50 percent of the loans served by PMIC will be directed to women and rural areas, Isa added.

DFID Pakistan Deputy Head Judith Herbertson said that he was extremely pleased that the UK is associated with PMIC through Karandaaz Pakistan.

This builds on the longstanding support to the financial inclusion agenda in Pakistan, which has worked with the State Bank of Pakistan to leverage over 100 million to the microfinance sector supported over two million people to gain access to microcredit, Herbertson added.

Herbertson expressed the hope that PMIC would help the microfinance sector reach the huge numbers of people in Pakistan who do not have access to microfinance services and contribute to job creation and growth of micro and small businesses in the country.

The new company would be set up as a Non-Bank Finance Company (NBFC) and would be led by a highly competent professional board. 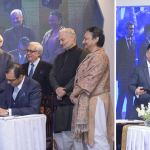 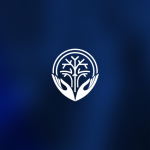